I finished two new cavalry units in January, one Allied, one French.  The first are the British 15th Light Horse also called Elliot’s Light Horse.  This unit was part of the Allied army commanded by Ferdinand of Brunswick and was made famous after its charge against the French at Emsdorf. The figures are from Italeri, US Independence War British Light Cavalry.  The uniforms are close to the ones worn during the Seven Years War and, in any case, the only set of cavalry wearing leather “jockey cap” type helmets available in1/72 plastic figures. 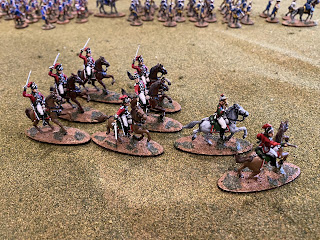 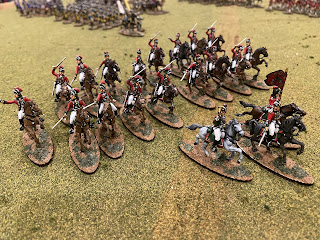 The second unit are the French Bercheny Hussars.  This unit was part of Broglie’s army and was also present at Emsdorf where they were routed by Elliot’s Light Horse and Luckner’s Hussars.  The figures are from the excellent Zvezda set, Black Hussars of Frederick the Great.  The musician is from the Zevezda set Swedish Dragoons of Charles XII.  They are covering the right flank of the French advance and should see action soon. 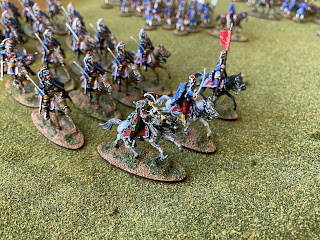 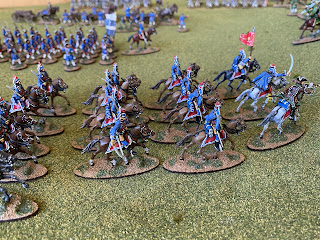 Posted by Military Miniature Diversions at 9:51 AM