I recently put the latest version of my Old School rules to the test with a game loosely based on Blastof from Charge!  I played against my son who had never played before.  It quickly became apparent that I had violate two of the five goals that I outlined two year ago, when I previewed the first iteration of these rules.  To refresh, my initial goals were:

The rules had grown to 4 pages from 2 pages which violated rule #2 but it also became clear that the increased length violated rule #3.  I decided to go back to the drawing board and strip out much of the chrome and morale details that seemed to impact the speed of play.  I managed to get all of the rule mechanisms on one page, with an additional page for formation diagrams.  The result is something that has all the necessary basic mechanisms but can be understood quickly.   Anyhow, here is the latest:

Here are a few pics from the game. 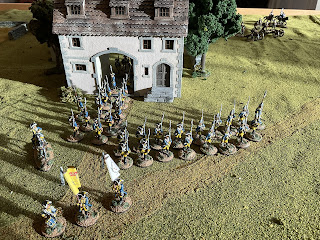 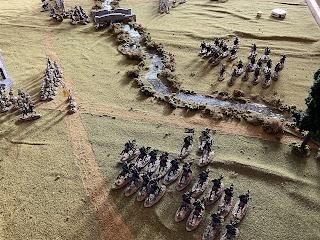 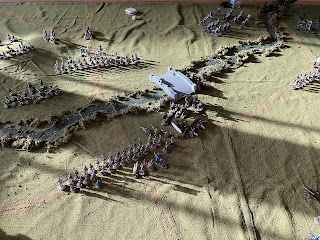 Posted by Military Miniature Diversions at 4:59 PM No comments:

I was inspired to make some scratch built houses for my 1/72 scale 18th Century armies after viewing posts on TMP and blogs like Jimbibblyblog.  I tried to closely imitate some of the designs which I thought would be perfect for 18th century era houses.  I started by sketching the basic design including positions of doors and windows on 2mm chipboard sheets.  I then cut the pieces with an Exacto knife. 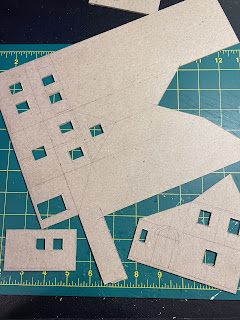 I glued the walls together and stabilized the joints with pieces of balsa wood. 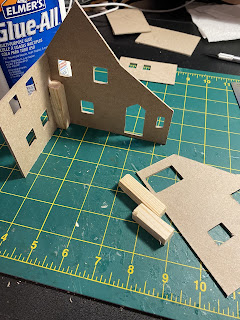 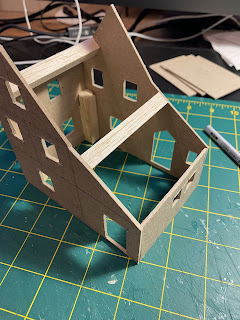 I then started to apply trim.  The exposed timber beams were made of 1/16th inch balsa wood strips.  The window sashes and door arches were either polystyrene plastic strips or thin card. 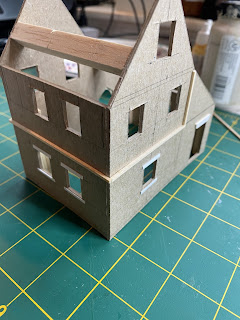 The timber strips and background were painted before being applied.  The stucco on the bottom half of the house was a thin application of AK hobby concrete. 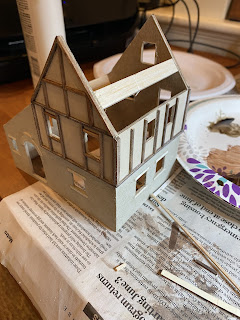 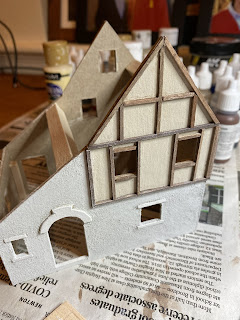 The windows and doors were installed before placing the roof.  The doors were scratch made and the windows are laser cut S scale windows purchased from Rail Scale Models.  The roof shingles shown below are also from Rail Scale.  Great products and great service from proprietor Steve Milley. 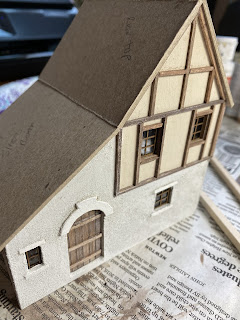 The laser cut shingles are sold in sheets that can be cut into rows.  They were painted with a wash of dark gray paint before application.  After the roofing was finished, the shingles and timbers were dry brushed to give a weathered appearance. 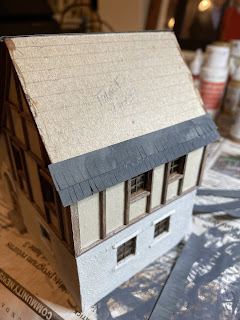 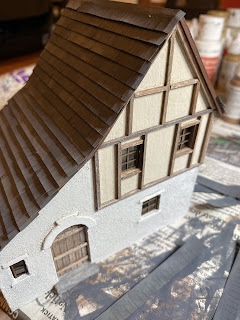 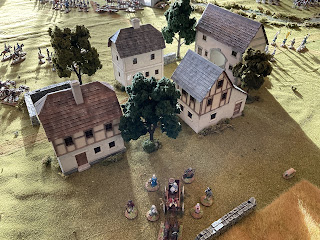 Posted by Military Miniature Diversions at 7:03 PM No comments: