Painted up a unit of Hat Austrians as The Hanoverian regiment Hardenberg.  The grenadier company is a conversion swapping the bearskin heads with Zvezda Prussian grenadiers. 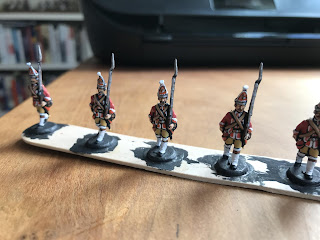 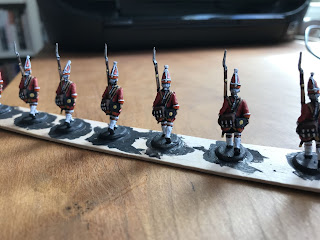 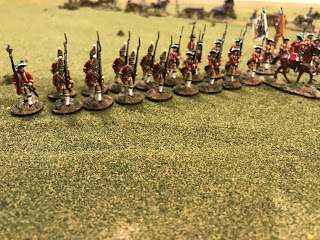 Another conversion....horse grenadiers from the Hanoverian dragoon regiment Breidenbach.  Zvezda GNW Swedish Dragoons with heads from the Prussian Grenadier set.  The holster caps were added, made from poster board. 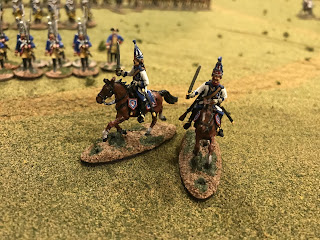 These will serve as an escort for the Hereditary Prince of Brunswick. 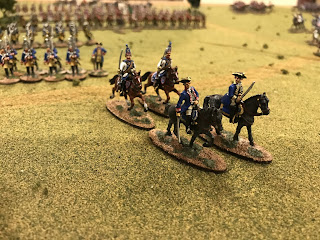 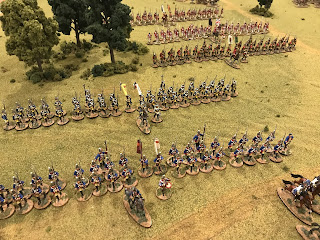