Made some progress adding units to my 28mm Wars of the French Revolution armies.  This is my first time working with 28mm figures and while I’m enjoying painting figures with more detail, it is also more time consuming.  Again, I can’t say enough about how nice easy to paint these sculptures are, great stuf from Eureka Miniatures.
French Dragoons 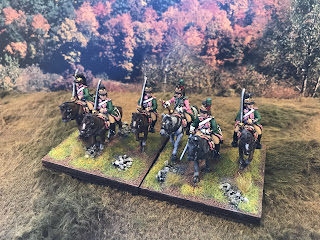 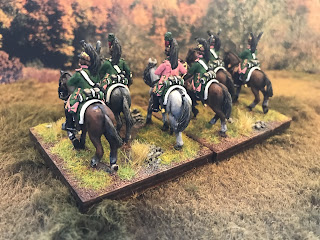 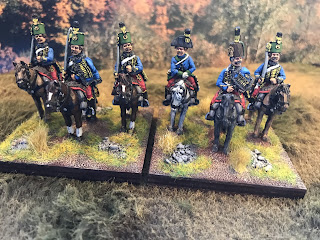 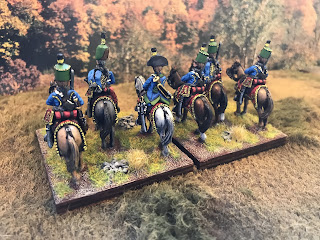 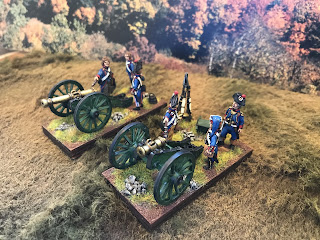 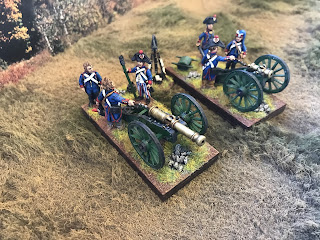 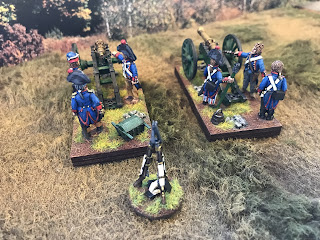 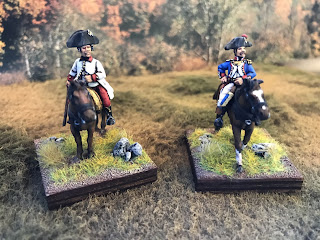 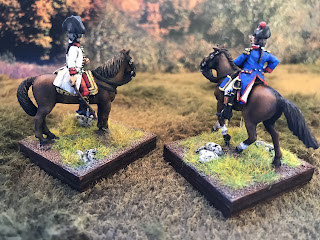 Posted by Military Miniature Diversions at 8:10 PM No comments:

Wars of the French Revolution

Recently bought Field of Battle, 3rd Edition war game rules by Brent Oman.  I believe Field of Battle and Napoleonic Command, 2nd Edition by Jeff “War Artisan” Knudsen are two of the most interesting and elegant systems in existence today.  Each system abstracts combat in different ways and at different levels.  FoB is a tactical rule set while Napoleonic Command is grand tactical.  But each system forces players to make difficult command decisions, and FoB is especially good at creating uncertainty and friction.  But I digress.  Those familiar with Field of Battles know that the author has a large collection of 28mm figures for many different periods.  One thing I have always admired is his basing system, which give the soldiers the appearance of being on mini dioramas.  Despite having a large collection of 18mm (primarily AB miniatures) and a growing set of 1/72 plastic 18th century figures, I decided to finally take the plunge into 28mm.

Preferring Horse and Musket games and not wanting to duplicate existing armies, I decided on the Wars of the French Revolution.  This period, particularly the early campaigns in Italy, provide a number of large and small scenarios.  I decided on the Eureka Miniature figures for this period.  These are incredible sculpts with a wide variety of poses, great detail, and very little flash.  Also, Rob Walter of Eureka Miniatures USA provides excellent customer service with quick turnaround. 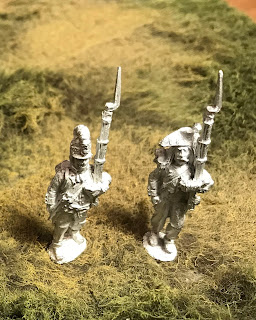 Here are a few picks of my progress so far. 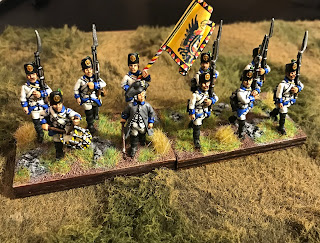 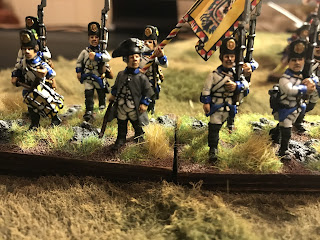 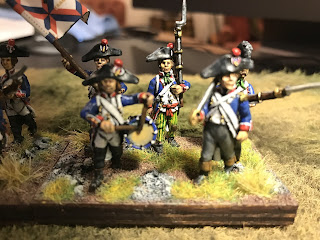 Posted by Military Miniature Diversions at 8:52 AM No comments: